Princess Yachts has announced that the in-build 25 metre Princess X80 will make its global debut at Boot Düsseldorf in January 2022.

Set to hit the water in 2021, the Princess X80 is the second in the shipyard’s X Class Superfly range, following on from its larger sibling, the X95.

Designed by Princess in collaboration with Olesinski and Italian design house Pininfarina, the X80 is packed with large adaptable spaces, flexible accommodation and extensive outdoor space, thanks to a focus on al fresco living. 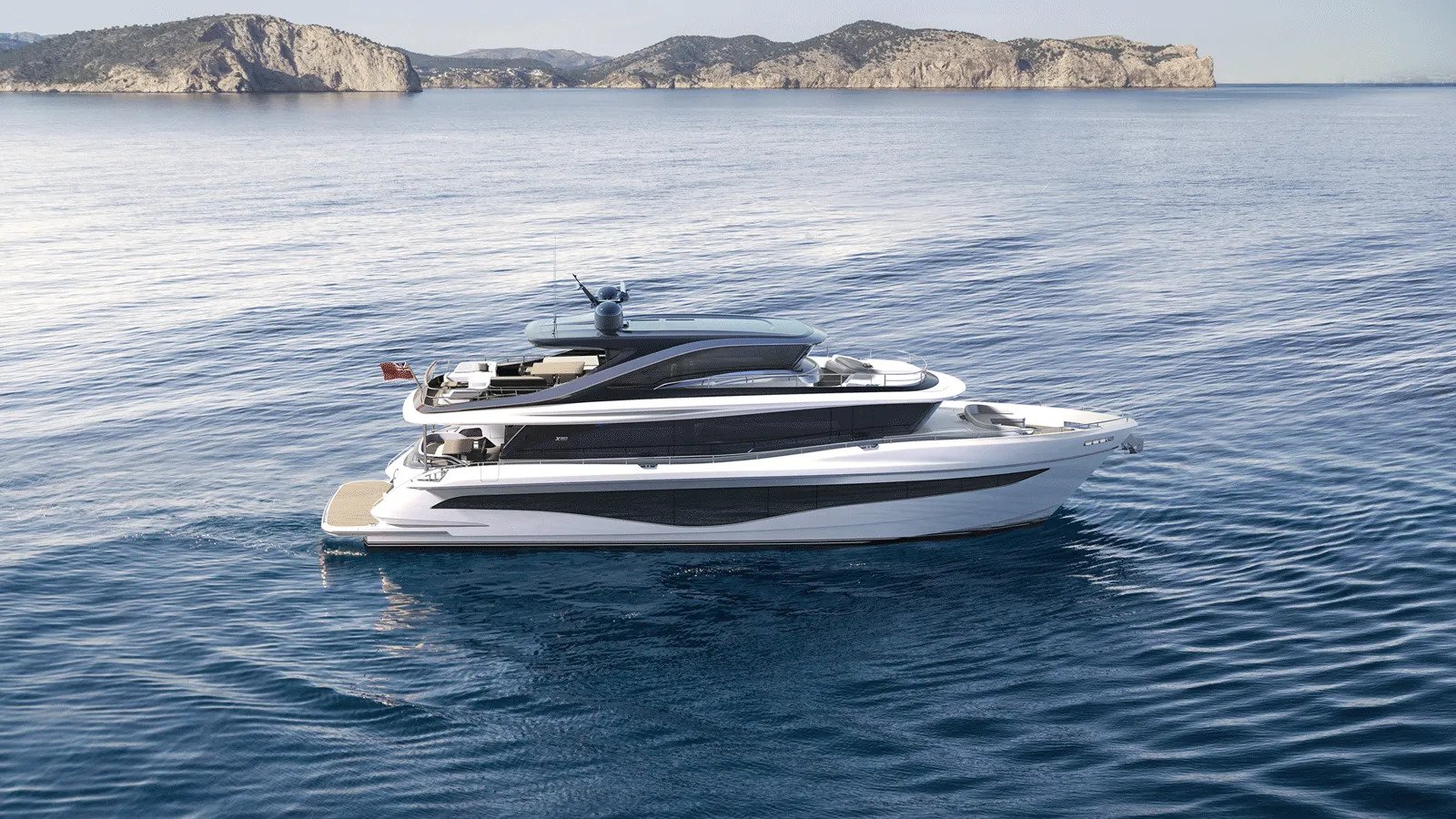 The yacht takes inspiration from the “sophisticated sculpted surfaces and long flowing lines of the X95” while retaining the “well respected and internationally recognised classic Princess design,” the yard said.

Defined by high bulwarks and an enclosed wheelhouse, the exterior of the X80 features glazing along the main deck. Elsewhere, the yacht features a skylounge on the upper deck accessible by internal stairs on the main deck, which is dedicated to living areas.

Accommodation on board is for eight guests in four cabins, a full beam master stateroom amidships, forward guest stateroom, double guest to starboard and twin cabin to port. Aft of the accommodation sits the crew quarters, which is large enough for three. Fitted with twin MAN V12 1900 engines, the X80 will have a top speed of 30 knots.

The design was revealed just days after the first X95 yacht was pictured undertaking sea trials.

Sheriff added: “The first X95 has just completed sea trials and her revolutionary design has caused a stir. Initial feedback makes it clear that we have a great success on our hands. We have worked over the past two years to envelop all of the X95’s unique qualities into a more compact package. The X80 is just that, another bold step for Princess Yachts.”